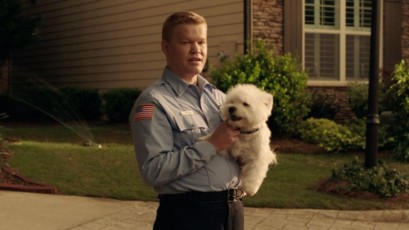 The Same Dog Starred in ‘Game Night,’ ‘Widows,’ and ‘Insatiable’ This Year. Give her a prize already.

The Oscars don’t have a Best Supporting Animal category, but maybe they should. This year’s frontrunner would have to be Olivia, the small white pup who graced “Widows,” “Game Night,” and Netflix’s “Insatiable” with her presence; the 15-pound West Highland White Terrier made such an impression on one Ringer writer that she profiled the three-year-old doggo who can be found in the “Medium Dog” category of Animal Casting Atlanta.

Olivia’s co-stars have had good things to say, too. “I don’t own a dog in life, so I was [complaining] like, ‘I’ve gotta work with a dog. What if the dog licks me? Dogs are nasty and disgusting,’” said “Widows” star Viola Davis of her canine colleague. “Within the first five minutes, I’m kissing the dog, I’m holding the dog, the dog was on my chest. I love that dog, and she came to me so easily.”

Jason Bateman was likewise impressed, even though he got Olivia’s gender wrong. “He was pretty easy, he didn’t talk that much,” the “Game Night” star said. “He was pretty serious about what he was doing. He was nervous. He peed on the set. He had a real weak bladder on him. But he did hit his mark and was there on time. And didn’t complain that much.”

In what be her most famous scene to date, Olivia gets covered in blood in “Game Night,” inspiring Bateman’s character to try (and spectacularly) fail to clean her. Because neither of her films screened at Cannes, the pup was sadly ineligible for this year’s Palm Dog, but she’s a winner in our hearts.