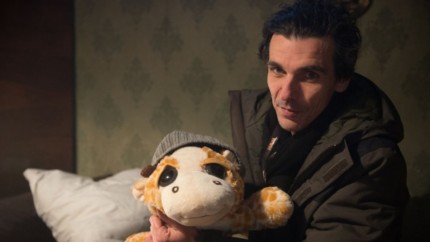 ‘Polina’ is co-produced by Belgium and France and directed by Olias Barco.

Production of Ukraine’s most expensive English-language co-production of all time, Polina, has begun in Kiev.

The family fantasy, in which Ukraine’s share is 50 percent and the rest of the budget comes from Belgium and France, is directed by Olias Barco.

The €2 million movie is produced by the French/Belgian company Wild Tribe Films and Ukraine’s FILM.UA, known for the recent co-production with Russia Battle for Sevastopol. Denis Ivanov, one of the producers on the Ukrainian side, has the international festival hit Plemya (The Tribe) on his resume.

Polina is centered on a story of an 11-year-old girl who travels to the other side of a film screen where she meets fairytale characters and deals with scary mysteries.

Barco is primarily known for Kill Me Please, a black comedy that won the Marcus Aurelius Award for Best Film at the International Rome Film Festival back in 2010.

Thierry Arbogast, known for being a long-time collaborator of director Luc Besson, is Polina’s director of photography.