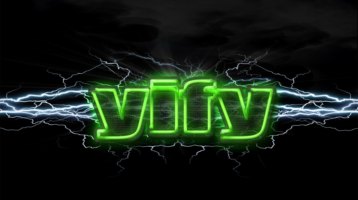 Global piracy site run out of house in Mt Wellington

Hollywood studios have shut down a huge global piracy website being run from a house in suburban Auckland.

Local representatives of the Motion Picture Association of America (MPAA) revealed the unnamed owner of the operation was the subject of a multi-million lawsuit lodged with the High Court on October 12.

The lawsuit was settled out of court and studios are declining to identify the New Zealander who ran the operation – called YTS – and the associated outfit – called YIFY.

According to the MPAA the Mt Wellington house was the base for one of the world’s most prolific groups involved in the illegal replication of copyrighted content offering over 4500 infringing movie titles online.

Due to the secrecy over the deal the Herald has been unable to reach the man and get his version of events, but the closure of YTS is the biggest ever action against a movie pirating operation in New Zealand.

YTS “existed for the sole purpose of distributing motion pictures on a massive scale online while providing illicit profits to the operator of the website,” said Matthew Cheetham, managing director for the New Zealand Screen Association, the local representatives of the MPAA.

Mr Cheetham said that studio’s investigations found there were 3.4 million unique visitors for the New Zealand website in August and 43 million views, though he declined to say how this was collated.

Many of the movies distributed on the internet by bit torrent technology were Hollywood blockbusters.

But Mr Cheetham says there have also been a lot of piracy for New Zealand titles funded by taxpayers that will have restricted returns to the local filmmakers.

Among the biggest, with 277,000 downloads, was What We Do In The Shadows – the vampire comedy by Taika Waititi and Jemaine Clement.

Mr Cheetham declined to speculate on how much the Mt Wellington operation would earn from distributing movies.

The Motion Pictures Association of America action is linked to the closure of the Popcorn Time site in Canada and is being claimed as big win for the MPAA.

Mr Cheetham said the MPAA started investigations on the New Zealand bit torrent 18 months ago and initially it was assumed that the operation was being run out of Eastern Europe, which is recognised as a global centre of film pirating.

“We were very surprised it was being run out of house in Mt Wellington,” he said.

According to the bit torrent news website Torrent Freak on November 4, the status of the lawsuits in Canada and New Zealand is currently unclear.

“But sources told us last week that several of the accused are working on an agreement to minimise their harm, possibly in exchange for information.”

BitTorrent is a protocol for the practice of peer-to-peer file sharing that is used to distribute large amounts of data over the Internet.