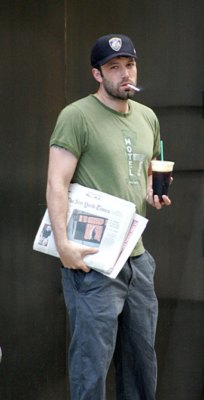 In competitive bidding, Universal Pictures has optioned movie rights to the Kate Alice Marshall novel I Am Still Alive. Ben Affleck is attached to star and is finalizing a deal to produce through his Pearl Street Films banner.

Published by Viking Children’s Books, the novel is described as Wild meets The Revenant, infused with ferocious girl power. Jess is a teenage every-girl who, after a car crash kills her mother and leaves her injured, is forced to move in with her off-the-grid dad in the Canadian wilderness and adapt to a new way of life. But when certain events leave her stranded, far away from any help, with only her father’s dog for company, she’ll discover she’s stronger than she ever imagined. Affleck will play the father.

Lori Evans Taylor, who scripted the upcoming Bed Rest, will adapt the novel for the screen.

Pearl Street Films Vice President Madison Ainley brought in the project in and will oversee it as will Universal creative exec Mika Pryce.

The novel was repped by ICM Partners and Lisa Rodgers of JABberwocky Literary Agency.