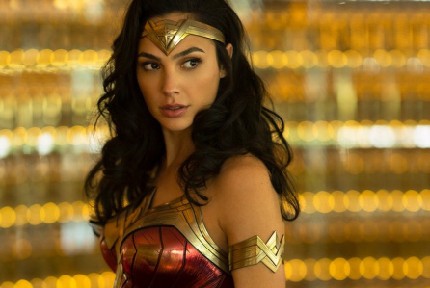 In a year full of big deals, it looks like the last one might be the imminent sale of the RatPac Dune library. Sources said that Vine Alternative Investments, which last year bought a controlling interest in Village Roadshow and acquired the Manchester Film Library, has moved into the lead and should be heading toward closing a deal. Sources said the bidding has gotten up to the $290 million to $300 million range.

There were multiple bidders in the mix here, for a package of 76 films that includes minority ownership stakes in Gravity, Wonder Woman, Batman V Superman, The LEGO Movie, Creed, Annabelle, Godzilla, American Sniper, Mad Max: Fury Road, It and Dunkirk. The whole library was put on the auction block last month.

This has been the most attractive library to hit the market in at least a decade. The library contains the rights held by RatPac Dune when it was a slate finance partner of Warner Bros. Sources said the library holds between 15%-25% of the revenue being realized from all those films.

The sale is being handled by financial advisor Alan Mnuchin, the brother of Steven Mnuchin, a former principal of RatPac Dune who divested his stake after he was appointed Treasury Secretary by President Donald Trump. The films include those co-financed by and/or originated by RatPac when it was run by Brett Ratner and James Packer, latter of whom sold his stake to Len Blavatnik. Despite the messiness of that company’s unraveling, sources at the studio said the optics aren’t the main reason the sale is happening. The primary motive in the library sale is for investors in the fund to cash out, which is the end game in these things. The usual suspects in these types of investment opportunities are in the mix, and Bank of America is standing by to lend the debt in a bidding process said to be very competitive.

Warner Bros discontinued its slate funding relationship with RatPac Dune. While it recently made a deal with BRON Studios to co-finance six films including the new Clint Eastwood release The Mule, sources at the studio said Warner Bros wouldn’t likely get another partner to stake films on the level that RatPac Dune did. RatPac Dune financed a portion of just about every Warner Bros film except JK Rowling’s Harry Potter and Fantastic Beasts films. Ratner remains the CEO and Chairman of RatPac and will after the sale of the RatPac/Dune library, a partnership between Ratner’s RatPac and Steve Mnuchin’s Dune.

As Deadline reported last month, all the titles are past their theatrical lives, but there are pieces of huge titles that still are creating a reliable revenue stream. strong ones in there, and sources said the library will bring in $60M-$80M annually for the next five years and then dissipate. The buyer will own the cash flow from the library and copyrights in perpetuity.

Attempts to confirm were unavailing late Friday on the eve of the holiday. Will update when more details come in.

Here again are the films in the library: