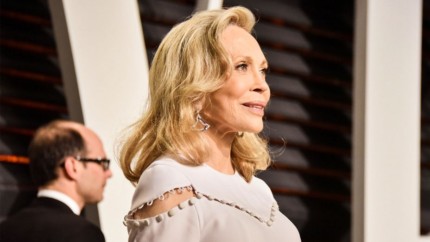 The production would have marked Dunaway’s first time on Broadway in 37 years.

Faye Dunaway has been dropped from a pre-Broadway tryout run of Tea at Five, a one-woman play based on Katharine Hepburn’s memoir Me: Stories From My Life, at Boston’s Huntington Avenue Theater.

Producers Scott Beck and Ben Feldman on Wednesday issued a statement on the matter, which was obtained by The Hollywood Reporter: “The producers of Tea at Five announced today that they have terminated their relationship with Faye Dunaway. Plans are in development for the play to have its West End debut early next year with a new actress to play the role of Katharine Hepburn.”

While the production is not commenting beyond the statement above, the New York Post reported that the termination was due to an altercation between Dunaway and crewmembers.

Dunaway made her Broadway debut in 1962 in A Man for All Seasons and last appeared in William Alfred’s The Curse of an Aching Heart in 1982. The production of Tea at Five, which had been planned for later this year, would have marked her first time on Broadway in 37 years.