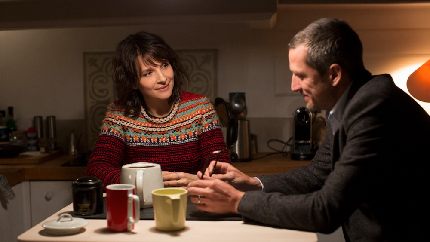 For a country that boasts Europe’s biggest film industry and produces about 300 films per year, France has a fairly bad track record when it comes to the foreign-language Oscar race. Only three French entries have earned a nomination in the last decade, and the last one to take home the statuette was Régis Wargnier’s “Indochine,” in 1993.

Olivier Assayas, who won best director at Cannes two years ago with Kristen Stewart-starrer “Personal Shopper,” believed he had a solid shot with his latest outing, “Non-Fiction,” which stars Juliette Binoche and competed in Venice before earning praise in Toronto. But France’s Oscar committee has caused a ruckus by declaring it ineligible for submission according to rules that Assayas and the film’s U.S. distributor criticize as “arcane.”

“I’ve been making films since 1986, and I think I’m one of the only French directors whose every movie since 1994 has been theatrically released in the U.S. None has ever been pre-selected for the Academy Awards and I never cared,” Assayas told Variety. “But ‘Non-Fiction’ benefited from an exceptional momentum because it’s one of the rare movies… going to Venice, Toronto, New York and Telluride. If the whole idea is to present a foreign-language movie with the biggest international profile, it seems absurd to not consider movies which are being extensively showcased during the so-called awards season in the U.S.”

Assayas’ film has fallen afoul of a rule, set by the French National Film Board (CNC), requiring potential Oscar submissions to be commercially released in France on dozens of screens by Sept. 30. “Non-Fiction” will not go into general release in France until Jan. 16, 2019.

The Academy’s own rules are less stringent, requiring foreign-language Oscar entries to have played in a theater for seven consecutive days starting no later than Sept. 30, but without specifying how many screens. This allows movies to have a small and brief qualifying run ahead of their commercial release. Alfonso Cuaron’s “Roma” and Lukas Dhont’s “Girl,” for instance, had temporary releases in Mexico and Belgium, respectively, in order to meet the Academy’s requirement.

France’s stricter rules prevented Palme d’Or-winning “Blue Is the Warmest Color” from being the French submission in 2013. Also denied a qualifying run this year is Eva Husson’s “Girls of the Sun,” which, unlike Assayas’ film, premiered in Cannes but will not be released theatrically in France before Sept. 30. In recent history, an exception to the release rule was made in 2006 for “Joyeux Noel.”

“The French system is very political,” said Jonathan Sehring, co-President of IFC Films and Sundance Selects, “Non-Fiction’s” U.S. distributor. “For some reason, they live by their own set of rules. First they claimed every film submitted had to be released on 30 screens, but I checked with the Academy and that’s not true. Netflix will release a movie on one screen to be eligible, and it qualifies.”

CG Cinema’s Charles Gillibert, “Non-Fiction’s” producer and a longtime collaborator of Assayas’, lobbied hard for the movie to be considered by France’s Oscar committee and had obtained a temporary permit from the National Film Board to release the film for a week. “Girls of the Sun”‘s producer Didar Domerhi had, like Gillibert, obtained a temporary permit. But the Oscar committee said a qualifying run for “Non-Fiction” or “Girls of the Sun” would be permitted only if other producers could apply for temporary permits for their film. With time running out before the Academy’s submission deadline, the French committee decided to disqualify Assayas’ and Husson’s movies to avoid a backlash from other producers.

Xavier Lardoux, the head of film at the CNC, said the organization would talk with film guilds about revising its eligibility rules starting next year.

By not allowing brief qualifying runs, the current guidelines effectively penalize movies launched during the fall festival circuit, forcing distributors to release films in September – a month when the French theatrical landscape is particularly crowded and competitive. Movies which have their world premiere at Cannes, in May, are better-positioned for Oscar submission. Over the last decade, eight out of the 10 French candidates opened at the Cannes Film Festival.

Sehring said also that the Academy should consider pushing back its submission deadline for foreign-language films. “I think that September 30th deadline was set back when 35mm copies had to be shipped to the Academy… There is no reason why foreign-language movies can’t be considered like other films and have the same opportunities when they’re opening at fall festivals.”

“Non-Fiction” has been sold nearly worldwide by Playtime. Assayas is currently in Cuba preparing the shoot of his next movie, “Wasp Network,” a spy thriller which will star Edgar Ramirez, Penelope Cruz, Wagner Moura and Gael Garcia Bernal.