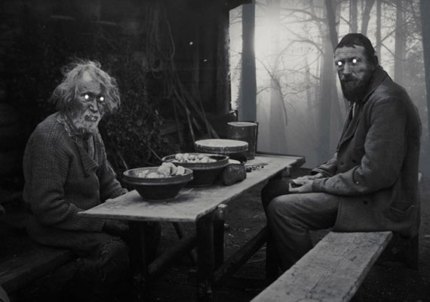 Estonia selects November for the Oscars

The national selection committee has picked Rainer Sarnet’s movie as its nominee for the Best Foreign-language Film Academy Award.

Estonia’s nominee for the Academy of Motion Picture Arts and Sciences’ 2018 Oscar for Best Foreign-language Film is Rainer Sarnet’s November, an adaptation of the novel Rehepapp by Andrus Kivirähk.

The selection committee, consisting of seven members (producer Ivo Felt, director Martti Helde, film critic Tõnu Karjatse, actress Tiina Mälberg, sound designer Matis Rei, distributor Siim Rohtla and the director of the Estonian Film Institute, Edith Sepp), reached a unanimous decision, justifying it as follows: “The director’s perseverance is admirable, as is his courage in presenting this witty and weird, but also romantic and mysterious, movie to the audience. It’s a pleasure to observe the role of nuanced camera work in creating a magical universe, supported by ingenious art direction. It is also commendable that the filmmakers have chosen to cast interesting types who have had no previous acting experience.”

November is an adult fairy tale with a story that takes place in an Estonian pagan village, where greedy and callous villagers take on the Plague, the Devil and various demonic entities. Young peasant girl Liina is hopelessly in love with Hans, who only has eyes for the pretty young lady of the manor.

November was premiered internationally at the Tribeca Film Festival, where it won the Best Cinematography Award for Mart Taniel. The leads are played by Rea Lest and Jörgen Liik, while the art direction is by Jaagup Roomet and Matis Mäesalu.

The film is distributed in the United States by Oscilloscope Pictures.