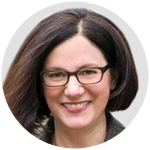 “No way. I’m not signing that,” a New Yorker writer said when she saw the terms.

When you see publishers and authors chatting chummily at book parties, you’re likely to think that they’re on the same side — the side of great literature and the free flow of ideas.

In reality, their interests are at odds. Publishers are marketers. They don’t like scandals that might threaten their bottom line — or the bottom lines of the multinational media conglomerates of which most form a small part. Authors are people, often flawed. Sometimes they behave badly. How, for instance, should publishers deal with the #MeToo era, when accusations of sexual impropriety can lead to books being pulled from shelves and syllabuses, as happened last year with the novelists Junot Díaz and Sherman Alexie?

One answer is the increasingly widespread “morality clause.” Over the past few years, Simon & Schuster, HarperCollins and Penguin Random House have added such clauses to their standard book contracts. I’ve heard that Hachette Book Group is debating putting one in its trade book contracts, though the publisher wouldn’t confirm it. These clauses release a company from the obligation to publish a book if, in the words of Penguin Random House, “past or future conduct of the author inconsistent with the author’s reputation at the time this agreement is executed comes to light and results in sustained, widespread public condemnation of the author that materially diminishes the sales potential of the work.”

That’s reasonable, I guess. Penguin, to its credit, doesn’t ask authors to return their advances. But other publishers do, and some are even more hard-nosed.

This past year, regular contributors to Condé Nast magazines started spotting a new paragraph in their yearly contracts. It’s a doozy. If, in the company’s “sole judgment,” the clause states, the writer “becomes the subject of public disrepute, contempt, complaints or scandals,” Condé Nast can terminate the agreement. In other words, a writer need not have done anything wrong; she need only become scandalous. In the age of the Twitter mob, that could mean simply writing or saying something that offends some group of strident tweeters.

Agents hate morality clauses because terms like “public condemnation” are vague and open to abuse, especially if a publisher is looking for an excuse to back out of its contractual obligations. When I asked writers about morality clauses, on the other hand, most of them had no idea what I was talking about. You’d be surprised at how many don’t read the small print.

One writer who did was the fantasy and science-fiction novelist Ursula K. Le Guin, who died last year. When she discovered the morality clause in her HarperCollins contract in 2011, she posted on her blog a satirical letter from a fictional writer confessing sins to Rupert Murdoch, who owns the company: “It was nothing really materially damaging, only just the money and I.D. I stole from the old man with the walker and some things I said about some schoolgirls with big tits.” Please, the letter went on, don’t “make me pay back the money because I can’t because I already had to give most of it to some stupid lawyer who said I had defaulted on a loan and was behind on my child support, which is just a lie. That stupid brat was never mine.”

Jeannie Suk Gersen, a Harvard Law School professor who writes regularly for The New Yorker, a Condé Nast magazine, read the small print, too, and thought: “No way. I’m not signing that.” Ms. Gersen, an expert in the laws regulating sexuality, often takes stands that may offend the magazine’s liberal readers, as when she defended Education Secretary Betsy DeVos’s rollback of Obama-era rules on campus sexual-assault accusations. When I called Ms. Gersen in November, she said, “No person who is engaged in creative expressive activity should be signing one of these.”

It’s not that a company should have to keep on staff a murderer or rapist, she added. But when the trigger for termination could be a Twitter storm or a letter-writing campaign, she said, “I think it would have a very significant chilling effect.”

Masha Gessen, another New Yorker writer, also said she wouldn’t sign her new contract, at least not as it was originally worded. Ms. Gessen, a Russian-American journalist who won the 2017 National Book Award for “The Future Is History,” about the return of totalitarianism in post-Communist Russia, has spent her career challenging prevailing nostrums.

Last year, as prominent men fell like bowling pins after being accused of sexual misconduct, Ms. Gessen published columns on the New Yorker website describing the #MeToo movement as an out-of-control “moral panic” bent on policing sexual behavior by mob justice. Needless to say, many readers did not agree.

“I’m extremely uncomfortable with it,” Ms. Gessen said about the contract, “because I have in the past been vilified on social media.” Having once been fired from a job as the director of Radio Liberty in Russia after what she called a disinformation campaign, she added, “I know what it’s like to lose institutional support when you most need it.”

Both Ms. Gersen’s and Ms. Gessen’s agents got Condé Nast to tone down the language that offended them, and the writers have now signed. Ms. Gessen’s agent made Condé Nast acknowledge “that I have expressed controversial views,” Ms. Gessen said, and the morality clause now states that it can’t be invoked as “the result of my professional work.” By “professional work,” she added, she meant public events or posts on social media in addition to her writing.

Ms. Gessen said she felt she could stand up to Condé Nast because she has clout. She worries that younger or less famous writers won’t be as empowered.

I share that concern. Over the past four years, I’ve published articles criticizing the concept of safe spaces and deploring the lack of due process in campus rape hearings. I’ve been called transphobic for an essay I wrote in 2016 about the tension between transgender rights and the right to privacy, and I’m still being called that. If I’d had a book contract with a morality clause when I wrote those, I might have thought twice before indulging my fondness for picking fights.

It’s impossible to say how many novelists and journalists have fallen afoul of morality clauses, or, indeed, if any of them have. No one I talked to could or would name a case.

In 2017, Simon & Schuster canceled a book by the professional provocateur Milo Yiannopoulos after he gave an interview in which he appeared to condone pedophilia. His contract reportedly did not include a morality clause, and he sued, though he later dropped the suit. If a morality clause did lead to a book’s cancellation, we probably wouldn’t know it, according to Devereux Chatillon, a partner in the media and intellectual property law firm Chatillon Weiss who has represented both The New Yorker and writers. “It wouldn’t be public unless somebody sued over it,” she said. And even then, the lawsuit probably wouldn’t come to light.

Morality clauses may be relatively new to mainstream publishing, but they have a long history. The entertainment industry started drafting them in 1921, when the silent-movie star Fatty Arbuckle, who had just signed a then-astonishing $1 million contract with Paramount Pictures, was accused of the rape and manslaughter of a girl at a party. Mr. Arbuckle was acquitted after two mistrials, but by then the public had soured on him, and the studios wanted out.

Today the clauses are widespread in sports, television and advertising. Religious publishers have used them for at least 15 years, which seems fair enough. You can’t condemn a Christian publisher that cancels publication of a book called “The Ridiculously Good Marriage” after the author is accused of having sexually assaulted an underage girl when he was a youth pastor. (He apologized for a “sexual incident.”) Children’s publishers have been including the clauses for a decade or more, and they, too, have a case. It would be challenging to sell a children’s book written by a pedophile.

Maybe you don’t find morality clauses alarming under any circumstances. “If what you’re selling me is your reputation, if that’s what I’m paying you for, then I should not have to pay you” if your reputation tanks, said Rick Kurnit, a partner in Frankfurt Kurnit Klein & Selz, a firm specializing in art and entertainment law.

Maybe you’re asking: Why should anyone get away with being a racist or sexist jerk? What gives Mr. Alexie, accused of hitting on women who saw him as a mentor, and Mr. Díaz, accused of forcibly kissing someone, the right to have their books published? Or even: Why should opinion writers be allowed to gratuitously insult duly elected officials? If a loudmouth suffers from a backlash, this reasoning goes, he probably deserves it.

The problem with letting publishers back out of contracts with noncelebrity, nonreligious, non-children’s book authors on the grounds of immorality is that immorality is a slippery concept. Publishers have little incentive to clarify what they mean by it, and the public is fickle in what it takes umbrage at.

In 1947, the concern was Communism, and morality clauses gave studios a way to blacklist the Hollywood 10, a group of directors and screenwriters who denounced the House Un-American Activities Committee as illegitimate and refused to say whether they’d ever been Communists. All 10 went to jail, and all but one, who decided to cooperate with the committee, became unemployable until the 1960s, though some continued to write under pseudonyms.

Not long ago, publishers were hailed as countercultural heroes for backing works that offended public sensibilities. Barney Rosset, the publisher of Grove Press, introduced Americans to Samuel Beckett, Jack Kerouac, Malcolm X, Marguerite Duras and Kathy Acker, among scores of other writers considered avant-garde at the time.

Mr. Rosset fought doggedly to overturn laws that were preventing him from publishing D.H. Lawrence’s “Lady Chatterley’s Lover” and Henry Miller’s “Tropic of Cancer,” both of which contained scenes of graphic sex. The “Tropic of Cancer” case made it to the Supreme Court, which ruled that the book was not obscene. The feminist critic Kate Millet attacked Henry Miller’s novels as misogynistic — she was quite right about that — but that didn’t stop the PEN American Center from awarding Mr. Rosset a citation for “the free transmission of the printed word across the barriers of poverty, ignorance, censorship and repression.”

Times change; norms change with them. Morality clauses hand the power to censor to publishers, not the government, so they don’t violate the constitutional right to free speech. But that power is still dangerous.

After our conversation, Ms. Gersen sent me an email pointing out a possible unintended consequence of the Condé Nast clause. Who are the groups subjected to the most public vitriol for their published work, she asked? Who is most viciously trolled? Women and members of minorities. “That is one of the realities of publishing while a woman or minority in this age,” she wrote. “The clause is perversely posing more career risk to women and minorities than to white males.”

If all it takes to lose a magazine gig or book deal is to fall into “public disrepute,” it won’t be only villains whose voices are lost.

Judith Shulevitz, the author of “The Sabbath World: Glimpses of a Different Order of Time,” is a contributing opinion writer.