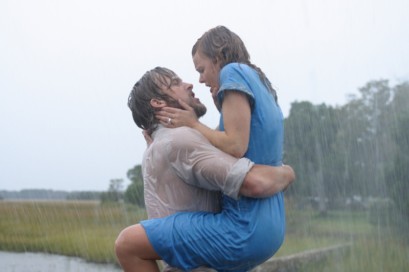 Netflix UK is under fire from fans of “The Notebook” for a reported edit to the film’s final scene that alters the conclusion of the story. In Nick Cassavetes’ adaptation of the Nicholas Sparks book of the same name, the characters Noah and Allie die side by side while holding hands. The film is bookended by scenes of the elderly Allie and Noah (Gena Rowlands and James Garner). The former has dementia, and the film is framed around Noah reading to Allie the romantic story of their life. Ryan Gosling and Rachel McAdams famously star in the film as the younger Noah and Allie.

Sparks was asked about the controversial Netflix edit while being interview on “Today.” According to reports, the Netflix UK edit of “The Notebook” ends before the characters’ death and instead cuts to a scene of flying birds. Sparks told “Today” he liked the original film and was surprised as everyone else about the edit.

“I didn’t know it was coming,” Sparks said. “So, I find out about this the same way everyone else does and they think, ‘hmm.’ For me, it’s an opinion thing, it’s a different ending, you are definitely going to have an opinion on it one way or another.”

While Sparks appears to be taking the change in stride, Netflix UK subscribers are more upset over the decision. Jezebel rounded up some of the more pointed reactions, with some users threatening to get rid of their Netflix subscriptions and jump ship to Amazon Prime Video. Netflix did not immediately respond to comment when requested by IndieWire. The company’s “See Next” Twitter page announced that Netflix UK was supplied an edited version of the film (see below).

“The Notebook” was released in 2004 and has remained one of the more prolific romance films of the 21st century. The movie launched the career of Rachel McAdams, who the following year broke even bigger with the success of “Mean Girls.” The film will be available to stream on U.S. Netflix starting March 1.

See Next: “But rest assured that the version of The Notebook coming to the US on March 1 will be the version that has always made you sob”.

– we did not edit the notebook
– an alternate version exists and was supplied to us
– we are getting to the bottom of it asap
– apparently some films have more than one ending?!”