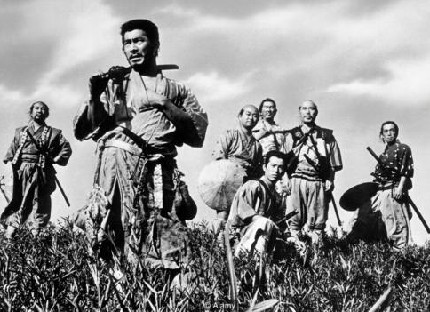 Akira Kurosawa’s Seven Samurai (1954) is a three-and-a half-hour-long black-and-white epic set in war-torn, 16th-Century Japan. As elevator pitches go, it’s hardly ideal, yet not only did Seven Samurai take first place in BBC Culture’s 100 greatest foreign-language film poll, with 41 critics (20 per cent of the total) voting for it, Kurosawa was one of the most popular directors overall, with three of his other films (Rashomon, Ikiru and Ran) all making the top 100. Tellingly, though, Kurosawa’s global appeal didn’t reach as far as the Japanese critics who took part; not one of them voted for Seven Samurai, or any other Kurosawa film, preferring the subtler homegrown talents of Yasujirô Ozu and Kenji Mizoguchi. But perhaps that’s what we should have expected. Even during his most successful film-making years, Kurosawa was often held in higher esteem abroad than in his own country.

To begin with, he was the first Japanese director to win international acclaim when his film Rashomon was awarded the Golden Lion at the 1951 Venice Film Festival. And Seven Samurai surely owes part of its popularity in the West to the fact that, in the pre-video era, it was one of the first Japanese films many viewers had ever seen. It introduced a culture that was foreign yet intriguing, and accessible to audiences weaned on Hollywood westerns. In later years, Kurosawa tended to downplay his enthusiasm for the films of John Ford, but his achievement was to combine the conventions of the western with a radical new fusion of Japanese genres: the chambara (swordplay film) and the jidaigeki (period drama).

Seven Samurai plants its narrative hook right at the start, as a group of bandits decides to wait until after the harvest before raiding a village in the mountains. They’re overheard by a farmer, who conveys the bad news to his fellow villagers. After much wailing and breast-beating, they resolve to hire samurai for protection, but being impoverished, all they can offer as payment is rice. We then follow the village delegates on their seemingly impossible quest to convince proud samurai to join their cause. After some initial setbacks, they stumble across a mini-drama in which a veteran warrior called Kambei (Takashi Shimura, one of Kurosawa’s favourite actors) astonishes onlookers by shaving off his topknot (a symbol of samurai pride), so he can disguise himself as a bald monk and rescue a child being held hostage by a thief.

Once the experienced Kambei is won over to the villagers’ cause, the film launches into the mother of all ‘assembling the team’ sequences, now an obligatory part of so many action and heist movies. One by one, six other rōnin (masterless samurai) are persuaded to participate in a probable suicide mission that will bring them neither money nor fame: an old war buddy of Kambei, a skilled archer, a cheerful fellow reduced to chopping wood, a master swordsman who just wants to perfect his art, an untested young samurai who is eager to prove his manhood.

And, finally, there’s Kikuchiyo (Toshiro Mifune, Kurosawa’s other acteur fétiche), a half-crazed swaggerer whose claims to be a member of the samurai class are almost immediately exposed as fiction. Shrugging off the others’ ridicule, he tags along as they trek back to the village.

The second act shows the samurai surveying the landscape they will have to defend, drilling the farmers into a fighting force, and, in the young samurai’s case, falling in love with a village girl whose father has hidden her from the visitors. Everyone treats Kikuchiyo as a buffoon, but it’s he who dispels the mutual distrust between the villagers and their guests, revealing his own humble roots as a farmer’s son, and relaying a few home truths. Yes, the villagers are wretched and deceitful and, in the past, may have killed stray samurai, but they themselves have been victims of the warrior class, which has burned their homes, stolen their food and kidnapped their women.

After all this meticulous scene-setting, the film’s final hour-and-a-half unfurls in an escalating series of skirmishes. The climactic battle, drenched by torrential rain, is a miracle of brilliantly choreographed chaos: combatants running hither and thither through the mud, galloping horses, spears, arrows and the occasional bullet, all filmed with multiple cameras, which insert the audience into the thick of the action. We always know who’s who, where everyone is, what they’re doing and – thanks to an infographic-style banner – exactly how many bandits there are left to kill at any given moment. There are casualties among the samurai, too, and, because we have come to know them, every death hits hard.

Kurosawa followed Seven Samurai with other chambara pictures, including Yojimbo (1961) and Sanjuro (1962), but his popularity in the West seemed to work against him in his native land, where there was a certain amount of resentment and suspicion; if Westerners found Kurosawa’s films so appealing, perhaps this meant they weren’t as authentically Japanese as quieter offerings by Mizoguchi or Ozu. Amid the artistic turbulence of the new waves and countercultures of the mid-1960s, Kurosawa’s last two films for the Toho Company flopped, and his unwillingness to downgrade from epic productions to smaller projects shut him out in the cold. In 1971 he attempted suicide, and his next three projects – Dersu Uzala (1975), Kagemusha (1980) and Ran (1985) – got off the ground only thanks to support from admirers in the USSR, the US and France.

But just as Kurosawa’s samurai movies were influenced by Hollywood westerns, they in their turn have been hugely influential on cinema in the West. The plot of Seven Samurai has been recycled not just in The Magnificent Seven – Hollywood made two versions, one in 1960, the other in 2016 – but in science fiction (Battle Beyond the Stars and Rogue One) and animation (A Bug’s Life). The Hidden Fortress (1958) was an influence on Star Wars, and Yojimbo (itself a reworking of Dashiell Hammett’s novel Red Harvest) was rehashed by Sergio Leone as A Fistful of Dollars, which kick-started the spaghetti western craze.

That unparalleled influence is a sign that Seven Samurai’s appeal lies in emotions and mythologies not only specific to feudal Japan, but which strike a universal chord. Kurosawa may, to some extent, be a prophet without honour in his own country. But, after more than six decades, his greatest film remains the gold standard for action movies that are both exciting and coherent. Its epic sweep and fierce humanity will continue to move and thrill audiences around the world for generations to come.